Cleo Subido
Interim Director
-A +A 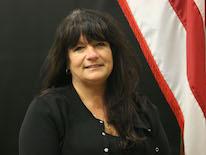 Cleo Subido was appointed by Washington, DC Mayor Muriel Bowser to serve as the Interim Director of the Office of Unified Communications (OUC) in January 2021. A renowned public safety professional with over 32 years of law enforcement and emergency medical dispatching experience, Ms. Subido began her career as an Emergency 9-1-1 dispatcher for the Seattle Police Department (SPD). During her time there, while ascending through the ranks and ultimately serving as the Department’s Training Supervisor, she also obtained a Washington State Emergency Medical Technician certification and a National Fire Academy Master Trainer license.

While Ms. Subido pursued studies in Nursing at Seattle University, she developed a deep passion for the practice of emergency medicine as it relates to care for multi-cultural communities and persons with limited English proficiency. Following her transition from the SPD, Cleo accepted a position as the Emergency Medical Dispatch Program Administrator for Public Health Seattle and King County, Washington. In this role, her passionate work related to public health equity and social justice in 9-1-1, emergency medical services (EMS) and public safety response directly influenced the administration of public safety communications and patient outcomes for nearly 3 million residents in those jurisdictions.

As the EMS Program Administrator in this major urban conglomeration, Cleo also managed the Emergency Medical Triage program and its Criteria Based Dispatch triage system, which she has helped to implement within emergency communications centers including the Office of Unified Communications (OUC), across the nation and the world. Her key accomplishments in this role include formalizing related quality improvement programming and serving as the senior advisory subject matter expert for all disciplines of 9-1-1 call taking and dispatch. Several years prior to joining the OUC as its Professional Standards and Development Chief in 2019, Ms. Subido lent her expertise to ensure the seamless integration of the Nurse Triage Line (NTL) into 9-1-1 operations for the District. She also served as a key figure, chosen due to her subject matter expertise and rapport with officials and stakeholders, in the undertaking of other special projects implemented by the District to assess opportunities to enhance public health and safety via FEMS’s Right Care Right Now initiative.

Until her appointment by Mayor Bowser as the OUC’s Interim Director, Cleo had meritoriously served the District in her role as Professional Standards and Development Chief and was responsible for all new employee training, as well as continuing education and developmental training for incumbent employees, from call takers to executive management. She also instituted a quality assurance and performance improvement program which, in tandem with her strategic employee development work, has yielded a highly functional workforce within the agency that is able to provide superior service to the residents and visitors of the District of Columbia.